After serving with the United States Marine Corps and the Texas Parks and Wildlife Department, Darren Glenn Medlin was hired by the Grapevine Police Department on May 1, 2000.  Officer Medlin, who was known by many as a gentle giant, was a soft-spoken man whose presence was unmistakable.

The suspect was arrested and charged with intoxicated manslaughter and found he used his vehicle as a deadly weapon. He was found guilty of the charge on August 2, 2005. The following day he was sentenced to 12.5 years in prison.

Officer Medlin is the only Grapevine Police Officer killed in the line of duty.  He is survived by his wife, Gina, daughters Sarah and Laura, and step-children Crystal and Bobby.

A memorial to Officer Medlin sits outside the Grapevine Police Department.  It includes the following quote from General George S. Patton: "It is foolish and wrong to mourn the men who died.  Rather, we should thank God that such men lived." 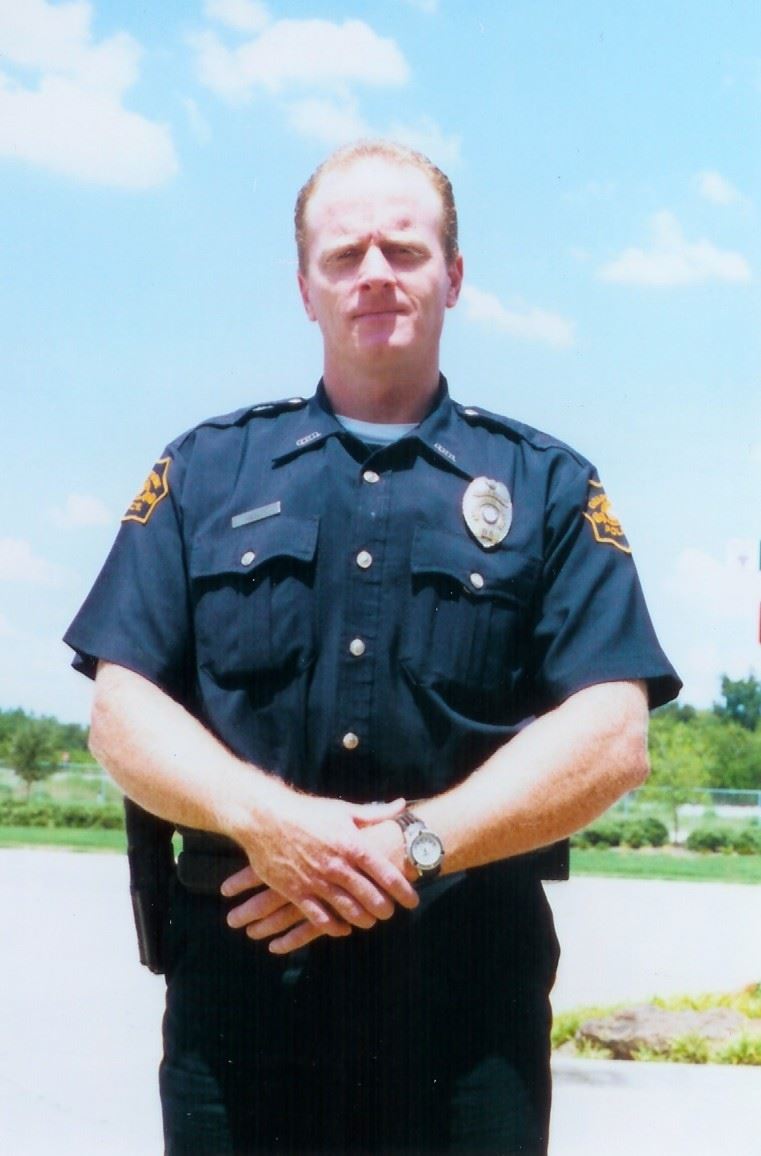 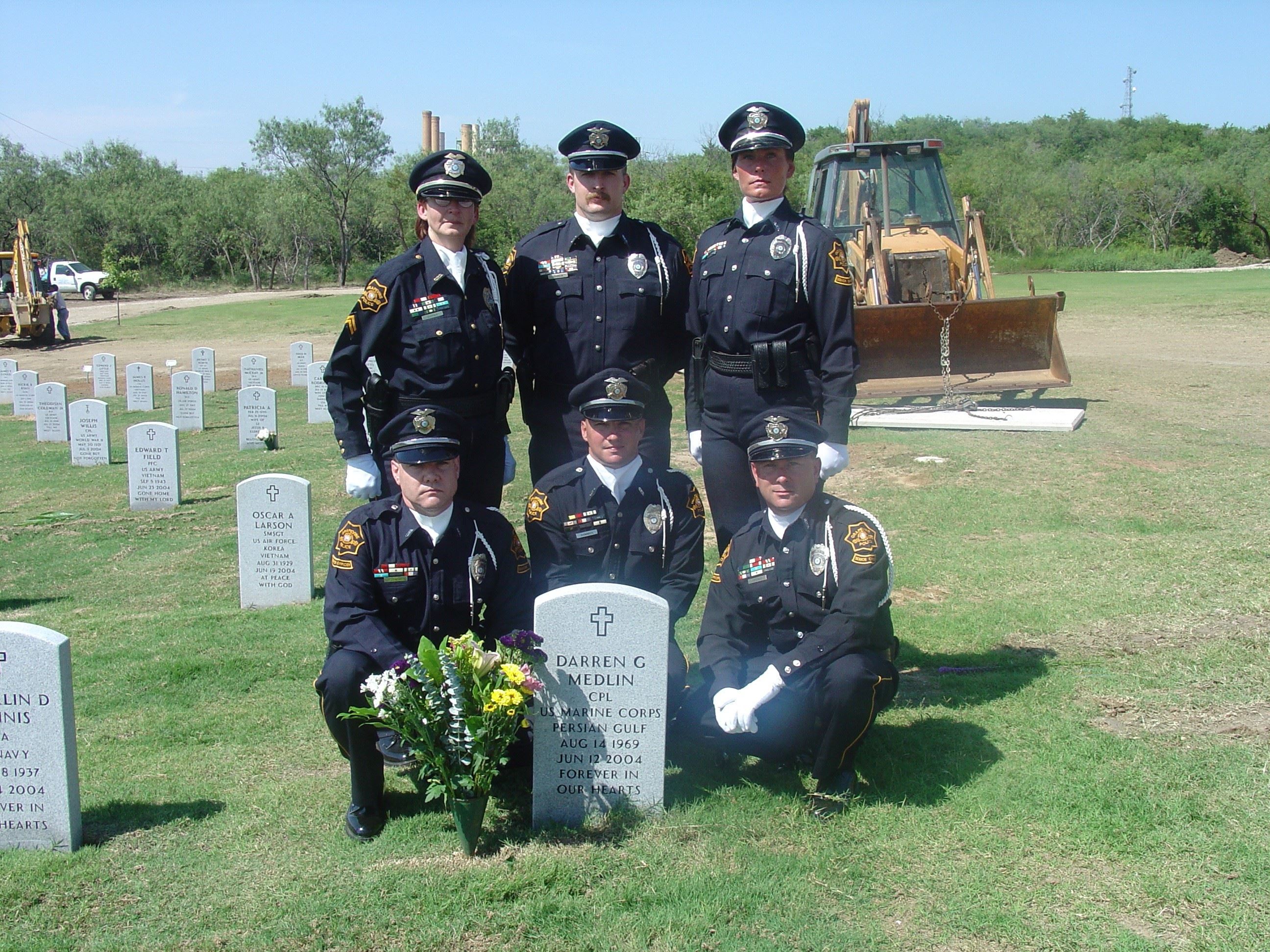